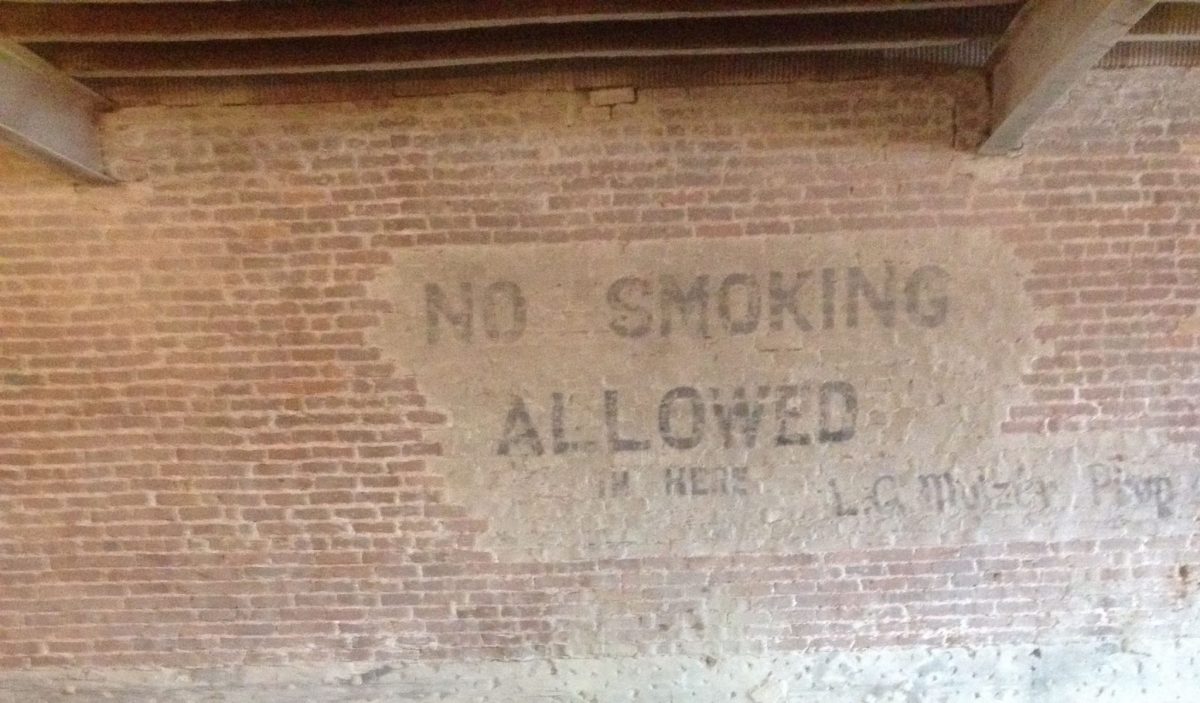 One of the steps for renovating the Cultivate space has been taking the building back to its original appearance where this is possible. While removing the plaster from the brick walls we uncovered this 100 year old sign that says “No Smoking Allowed”. This is signed “LG Mulzer, Proprietor”.  Mr. Mulzer operated Mulzers Garage which was one of the original uses of the building. It is believed that since there were flammable materials used in operation of the auto repair business that they did not want people smoking there. Years ago there was a lift that took vehicles to the second story where additional repairs were made.

This sign has been preserved and greatly adds to the character of the building.